⟨ Back to Portfolio ⟨ Back to Blog

Ice dams are a common problem in Montana as well as other areas of the country with lots of cold and snow. Damage can be quite extensive, and repairs are often expensive and difficult to fix. The presence of ice dams indicates an on-going and unnecessary loss of energy from your living space to your roof. This energy in the form of heat is not just being lost in the winter, but rather throughout the year and adds costs directly to your utility bill.

The primary cause of ice dams is a loss of heat via air leakage and inadequate insulation. This heat makes its way to the underside of the roof sheeting and begins to melt the layer of snow closest to the shingles. As the water makes it way down the roof to the colder eves, it re-freezes to begin the process of forming the dam. As the water’s downhill route becomes blocked, it begins to back up the roof under the shingles and depending on the underlayment used often wets this entire area. In some cases, water makes its way all of the way down the exterior wall to damage floor coverings in the house.

There are several items that can contribute to this heat loss. The interior partitions that butt the attic ceiling may not be sealed; the bath fans, ceiling lights, electrical wires, plumbing vents and other mechanical equipment may also not be sealed or vented properly. Many times, the HVAC ductwork is located in this unconditioned space exacerbating the problem. It is possible that the truss designer did not allow for enough vertical height at the exterior walls for proper baffle installation nor enough room for the required amount of insulation–given the type that was used. In this case the ventilation coming from the soffits is inadequate for the space. In addition, if blown fiberglass was used for the attic insulation, this product does nothing to stop air movement, even if the R-value meets the building code. 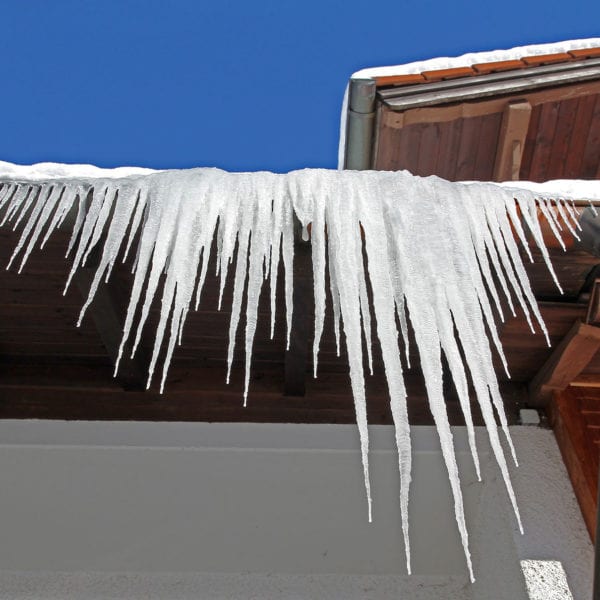 Other issues associated with poor construction in this regard include warm air carrying moisture to the underside of the roof deck and compromising the structural integrity of this sheathing member. Mold can also be a problem. Simply re-insulating will not solve this problem. Symptoms here are often ice building up behind the fascia board as well as coming out of the soffit vents themselves. Dampness can also be found on both the inside of exterior walls and dampness or actual water leaking down interior partitions. Other symptoms include frost on the roof sheeting, depending on the outside ambient temperature and the amount of snow on the roof. The more snow that is above the shingles, the more the roof sheeting is insulated and the more likely the frost will turn to water and become a problem. The less snow on the roof, the more likely one will see frost during cold temperatures.

Heat tape installed on the eves is often used in our area; however, doing so deals only with symptoms and can often exacerbate the problem. There can be a place for heat tape, but it is a last resort measure and it is expensive to operate. Other efforts often used to assist with ice damming include the use of a stick and peel ice and water shield underlayment installed over the roof deck. This does not stop the ice from forming, rather it only helps to protect the building from water. Additionally, some builders will install a piece of sheet metal at the eves. This is more commonly seen on buildings in the north east part of the United States. The idea with the metal is to help prevent water from leaking under the shingles as it backs up the roof as well as encouraging the ice to slide off.

The goal for roof design in snow country is to keep the roof sheeting temperature the same as the outside ambient temperature. In addition to air sealing and choosing the proper type of insulation, it is important to ensure the soffit, ridge and gable end vents are working property and are providing enough air movement below the roof deck. The amount of venting needed is directly related to how much heat and air is leaking from the conditioned space below. The energy code provides some guidelines here. It specifies 1 sq. ft. of net free-vent area (NFVA) for every 300 sq. ft. of attic space. If part of the HVAC system is located in the unconditioned attic, some designers will move the thermal boundary up to the underside of the roof deck. This then keeps the heating ducts within the conditioned space. 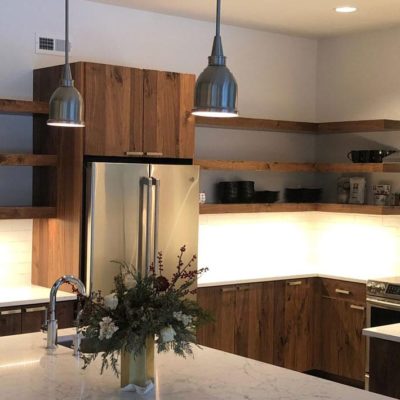 What Building Components should you include in your home?